The Meaning of the Green Glass Gemstones

The color green is the color of our planet and it also represents growth. Green means expressing yourself in a certain manner that you can reflect the inner side of yours. It is the color of money in many countries and cultures. It brings you wealth and prosperity.

Green Glass Gemstones mostly are used for good luck. It is said that the green gemstones can heal a broken heart. It will also help you to find the love of your life. Green Gemstones correspond to nature, prosperity, and the heart chakra. It will balance your mind and give you relief from the feeling of restlessness. It will help you to become more focused. The Green gemstone will renew your energy and brings you the new starts as it also replicates the spring. 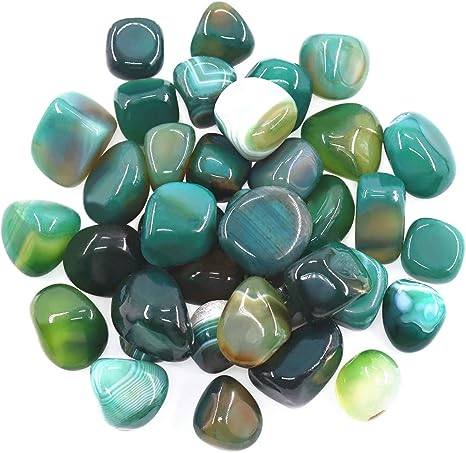 The scientist’s evidence has given the suggestion that dark green gemstone do not have any mystic force. According to this evidences, scientists have said that they can’t heal a person physically, mentally, or spiritually. The vibrations that people usually feel after wearing this dark green gemstone are due to the placebo effect.

Scientists have said that the power of positive thoughts and attitude helps a person in dealing with serious diseases like traumatic brain injury, stroke, and brain tumors. So, there is no science behind the working of the dark green gemstones.

How many green gemstones do you know?

A pure green hue is most desirable in general. Green gemstones often have secondary hues due to this they have blue or yellow color presents as secondary hues. But in Green Gemstones the primary hue is green.

Clarity can be an important factor in green gemstone quality. Green colors are most saturated or intense. Due to this, the green gemstones are classified on several bases.

Green Agate is named after the Achates River in the Mediterranean, on an island of Sicily. an ancient source of this gemstone. The Romans started the art of dyeing them into vibrant colors. This is very hard and resistant to the chemicals. Agates have historically been carved from volcanic rocks and cameos. It is mined in almost every continent this makes this affordable gemstone.

The green agate is made up of opaque and translucent layers formed from the crystals of microscopic quartz. It is formed by the layers of silica filling voids in other minerals. Agate is formed when the void is filled entirely in the minerals. They are formed in rounded forms due to the formation of the rounded knobs and nodules that are being present inside the minerals. Most of the agates are dull and inappropriate in shape, thus they required cutting and polishing to reveal their inner color banding. The Green agate is also used in making boxes and in decoring materials other than jewelry.